Hey there! Some links on this page are affiliate links. This means that if you choose to make a purchase, I may earn a small commission at no extra cost to you. I greatly appreciate your support!

A few days ago, I received an email from a reader asking why I quit Team Beachbody after less than a month of being a coach. Is Beachbody a pyramid scheme? Find out why I decided to stop coaching after just a few short weeks of Beachbody brainwashing. Now, I am an Independent Ambassador for Q Sciences instead. There was just too much potential with this company, so I couldn’t pass it up. You can read all about Q Sciences in this post. Onto the BB post! 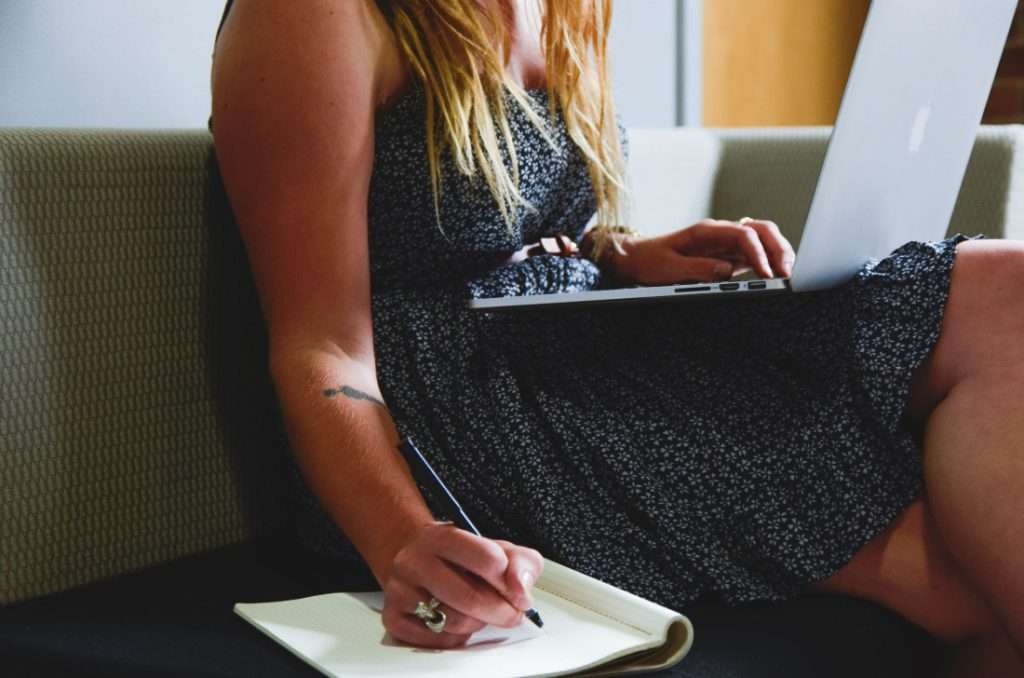 I have been meaning to write this post for a long time, so when someone emailed me after reading some of my old posts about Team Beachbody, I knew I needed to.

Looking to own your own business but hesistant about Beachbody brainwashing? Consider joining me in Q Sciences (read all about it here)!

As some of my readers know, my feelings for Beachbody as a whole started out pretty negative. I have been a fitness blogger for over two years and personal trainer for almost two years, so I have some biased opinions about fitness.

I’d done some research about Team Beachbody a few years ago, and pretty much everything I gathered was negative, so of course the thought of Beachbody coaching was off-putting.

Then, when I joined Instagram, I had a million-and-one coaches reach out to me feigning friendship. They’d say some nice things to me and strike up a conversation, only to ask me to buy something from them a few weeks later. 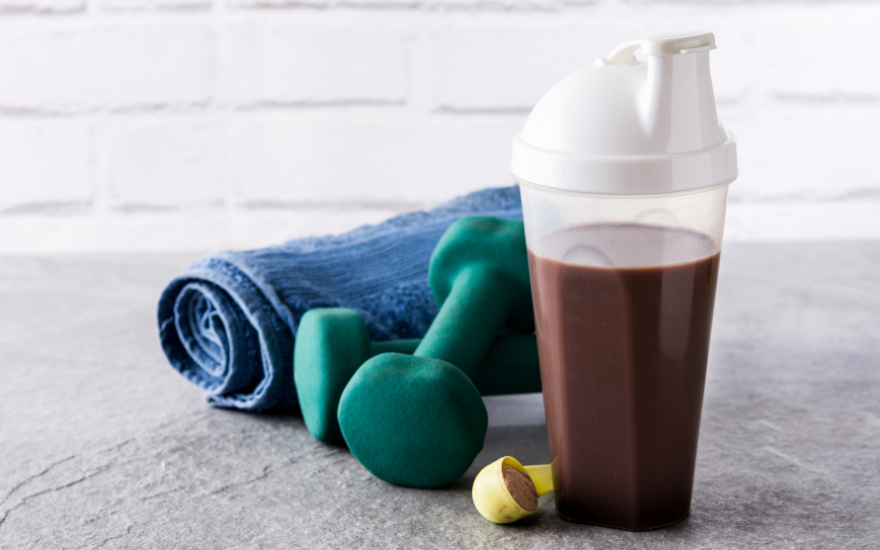 You know how it goes with Beachbody, right?

I even wrote this post about all of the reasons I thought I’d never join Team Beachbody. It was a wildly successful post and literally thousands of women came over from my Pinterest account to check it out.

Click here to read about the company I joined instead of doing BB.

It was a pretty harsh post and a lot of people agreed with it. However, I have to say it was more of a “personal opinion” post than a, “personal experience” post.

But about a year after I wrote that post, curiosity killed the cat.

I was going nowhere with my biz and my fitness journey was basically at a stand-still. I’d continue to have people reach out to me telling me how, “good I’d be” at coaching and that it was such a good opportunity.

So I continued my research and eventually said, “Why not?”

I honestly think I was just desperate and fell prey to all of the promises of Beachbody income. I knew that most coaches never really ended up making a lot of money, since Team Beachbody publicly posts earnings.

But I thought that since I already had the blog platform and an audience of over 20,000 followers/subscribers across all channels, I might have a chance to make decent money. Maybe Beachbody reviews could help. 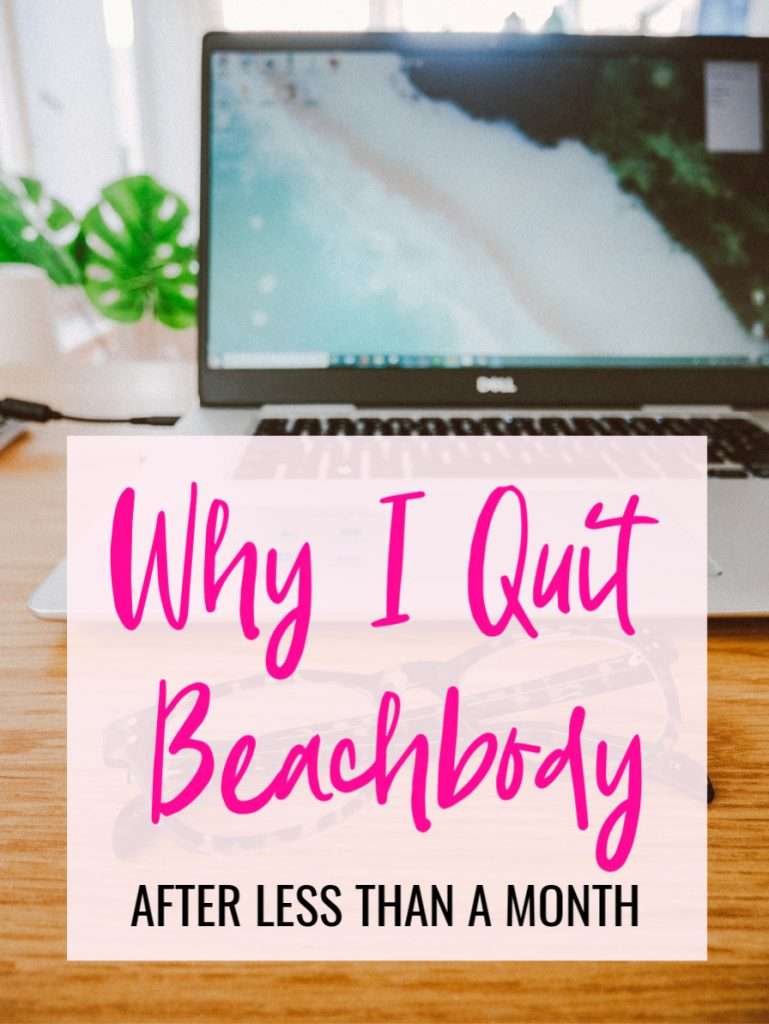 You can probably guess whether or not I did!

Anyway, after I joined Team Beachbody I wrote a series of blog posts about my experiences (during my coaching time) and they have seen a LOT of traffic.

I’ve decided not to delete them since they seem to be helping people, and I still stand by a lot of what I said.

In particular, a ton of other coaches wanted to know how to use blogging and Pinterest to build a Beachbody biz, so check that out if you’re currently a coach.

Okay. Let’s talk about my reasons for quitting Team Beachbody after coaching for just about three weeks.

Why I Quit Team Beachbody After Less Than A Month

I want to give you some context so that you understand just how much I put into this. The reasons so many coaches are leaving Beachbody might be different than mind.

Anyway, I got started with Team Beachbody just after Thanksgiving (2018) and was “done” right before Christmas.

I’d hoped that the timing would help me build quickly, since people were doing Christmas gifts and New Year’s Resolutions.

That didn’t end up being the case, so don’t assume that you can make money quickly!

Tons Of Hours Put In, Nothing Paid Off

As soon as I started with Team Beachbody I jumped into training, writing, and looking for leads. I was seriously Beachbody brainwashed.

I took what was supposed to be a 30-day training in less than a week. I delved into webinars and podcasts, blog posts and spreadsheets.

I spent probably a few hours every day working on making connections and developing resources. I wrote blog posts that I’d hope would bring me leads (they did) and I followed tons of women on Instagram.

I invited a million and one people to my challenge groups, and even had about 40 express interest and a few joined.

The point is that I spent a LOT of time working on the biz.

Three weeks and tons of hours later, I had not one sale. (My blogging income is better!)

This would have been “normal” for MOST people, but this was especially discouraging to someone like me who had an existing following. (Hmm, maybe this why even top coaches are leaving Beachbody.)

And even though I’d spent time trying to market to ALL of these people, NOT ONE TOOK THE BAIT.

Turns out, people really do hate Beachbody coaches as much as you think.

Why are Beachbody coaches so annoying? Because they have to work SUPER hard to see any money.

(It’s hard in a sea of coaches, so if you’re looking for a self-made way to make money, I would consider setting yourself apart by starting your own blog.)

Honestly, I know that Beachbody is supposed to be a long-term business. But I just think about all of the time I could have spent on my existing business. What could I create and what success could I see if I’d put that same amount of time and energy into X?

Hundreds Of Dollars Spent, None Made

I went all in with a challenge pack, so right off the bat I think I spent $180 plus some more for the sample pack of Shakeology. Then I ordered chocolate Shakeology, which was almost $100.

Then I also got sucked into spending money on the Transform:20 launch, which was a huge mistake and total waste of my time.

Click here to read about the company I joined instead of doing BB.

All-in-all, I basically did exactly what coaches want you to do. I gave the coaches above me a commission. Yey me.

Oh, and in case you didn’t know, in order to stay active as a coach, you have to spend about $90 per month in product. I hope it’s worth it. It wasn’t for me.

I couldn’t go through product fast enough to justify the monthly expense.

Chasing Beachbody Coach Income Took Away From Other Things

I have bigger dreams and goals than Beachbody. Sorry, but I’m a dreamer. I’d hate for my “dreams” of owning my own business to really be someone else’s dream that I’m helping to build.

That’s what Team Beachbody was for me. It was never truly mine. It wasn’t something that I felt 100% sure about selling.

It took away from the fact that I’d worked so hard to get certified as a personal trainer.  That new core workout program I’d created? Totally took away from it.

It also took away from everything I’d learned on my own as a blogger. It just made me lose my focus on things I’d always wanted.

I was simply tempted by the promises made!

If you are someone who wants to sell someone ELSE’s dream as your career, go for it. I just felt like I was selling myself short. 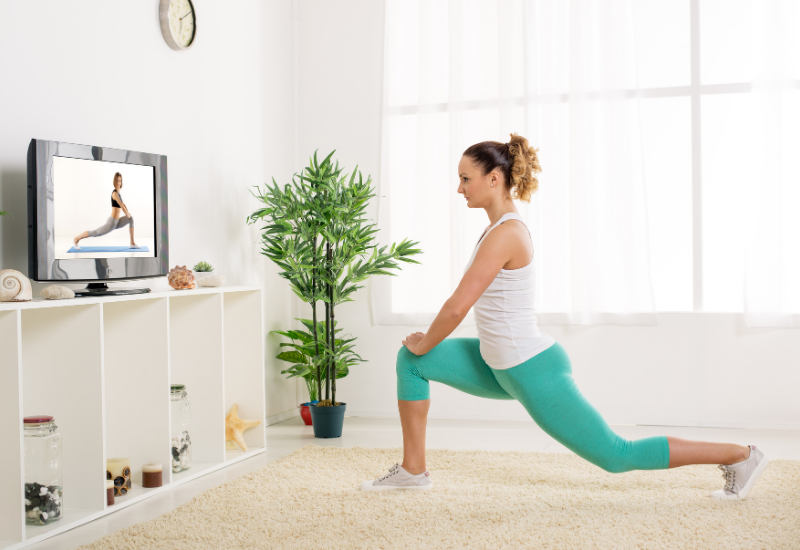 I Couldn’t Sell Things I Don’t Believe In

Hmm, where do I start on this one.

First of all, can we just be honest? Shakeology is nasty. People say that you’re supposed to make it in a recipe with other ingredients, but no.

I can’t have bananas and avocados, which were the only healthy foods that could potentially take away the chalkiness that is Shakeology.

Also, when you add a bunch of other ingredients, you also add MONEY and CALORIES.

When you’re trying to sell Shakeology, you’re already pissing people off. Don’t lie to them and say it’s cheap or it’s good – ’cause it’s nasty.

It’s only cheap if you mix it with water/ice and don’t plan on eating anything else with your meal. And it’s only “good” if you like chalk. (Personal opinion, I’ll stick with my Q Meal Replacement.)

Another thing – I am not a fan of Transform:20. So I had a VERY hard time selling it.

First of all, I like weights. (Click for my beginner upper body workout.) I think you need to lift at least 2x per week to really change your body composition.

Plus, twenty minutes is only enough time to burn calories – not obliterate fat. It’s science.

Now I’m seeing Team Beachbody coaches and participants admit that they haven’t had results from the program and I’m glad I trusted my gut on this one. (I’m now simply blogging, doing Q Sciences, and selling my own products / sharing my journey!)

Take that all away, and you have a slow-spiral down back into depression.

Plus, I am that person that performs 100x better at the gym. When I’m at home I am distracted, unmotivated, and lazy. It’s just a mental thing. (Oh and my kids annoy me when I’m trying to workout.)

I knew all of these things about myself but I thought I could change those things. Nope.

Stick to what works and be self-aware. If something feels wrong, it probably won’t turn out right.

There Were Some Things I Enjoyed About Coaching

All-in-all, I hope that you understand that this was mostly personal. I felt a little boxed in and hated the business model. I also hated that it didn’t fit that well with my goals as a personal trainer.

Also, I felt that it kept me from getting out of the house and going to the gym.

However, Team Beachbody wasn’t all terrible. There were some fun parts.

I really did enjoy the “team” atmosphere, even though I felt that my “upline” was lacking in some areas. I also realllly enjoyed the personal development stuff.

There were always business and personal development articles, webinars, group chats, etc! I’d love to watch some of those videos while walking on the treadmill.

Related Reading: Side Hustles For Moms | 5 Things I Actually Do

They motivated me in all areas of life. But I think that it’s easy to find personal development books/podcasts/videos.

So really, this is something I can do on my own.

Alright, did I cover everything? Did I answer all of your burning questions about why I quit Team Beachbody so soon?

Tell me about your experience with Beachbody below! Then be sure to see what I’m company I joined instead!

Mom, personal trainer, garden nerd, and homestead dreamer. Working towards a healthier life - using my blog to get there! 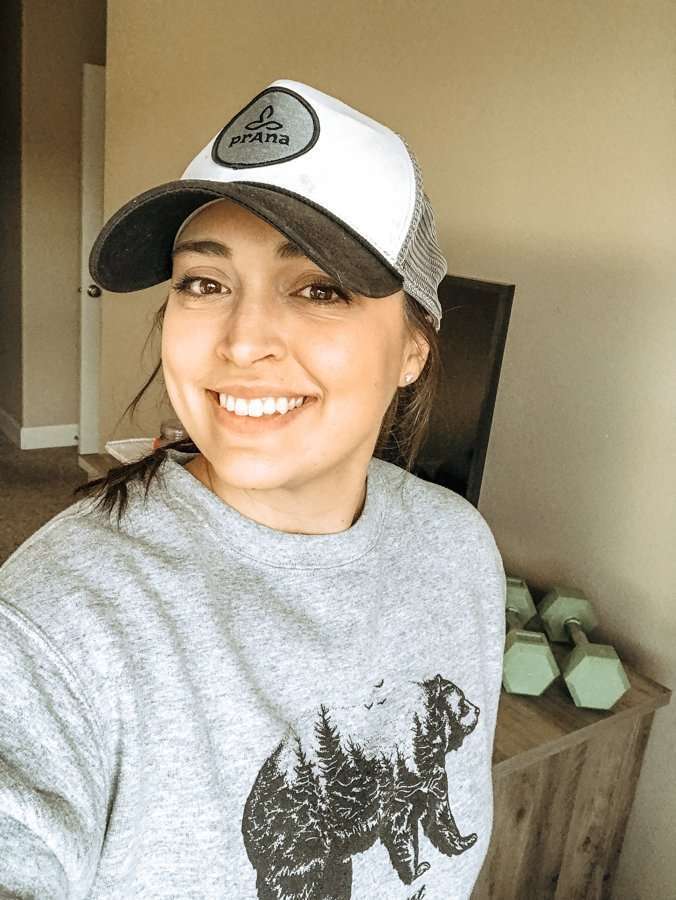 I'm Chantal. I'm a multi-passionate mama trying to stay fit and healthy while raising babies, growing all the things, and navigating each season of life. I love wellness, writing, homemaking, gardening, and so many other things - all of which I talk about here! Welcome!